Home > Science > Can HRT Help you Look and Feel Younger? 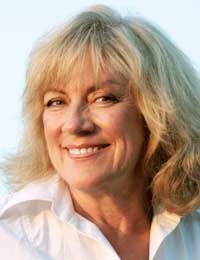 In the quest for an anti ageing miracle cure, hormone replacement therapy (HRT) has been a big contender, seeming to offer benefits that not only make you look younger but feel younger too.

Touted by many as a cure-all for middle-age problems, it has recently come under fire following two major trials in the US and the UK which showed that HRT has several dangerous side-effects. So what is the truth about this controversial anti ageing treatment?

HRT in women usually refers to replacing the female hormones oestrogen and progesterone which normally decrease significantly with age; it was originally devised to relieve the unpleasant symptoms of menopause in older women (or for young women who suffer from ‘early menopause’ or have had their ovaries removed), such as hot flushes, night sweats and vaginal dryness, as well as protecting against osteoporosis.

Recently, hormone replacement therapy has expanded to include testosterone supplementation in men, which can have positive effects on libido, muscle mass and strength, bone mineral density and haematocrit levels – as well as the use of human growth hormones (hGH) and dehydroepiandrosterone (DHEA) as anti ageing agents.

However, while all these hormones may be beneficial for people who suffer from abnormal medical deficiencies, their use as a general “anti ageing tonic” is very controversial, with inconclusive evidence on their ability to “turn back the clock” while at the same time possibly presenting unpredictable risks and side-effects.

HRT as an Anti Ageing Treatment

Many women on HRT claim to feel better on it, not only having better moods, concentration and memory but also increased sexual desire and generally feeling younger and more vivacious. It also seems that HRT can have an anti ageing effect on skin, as skin tends to become thinner and lose its elasticity with age, due to decreasing collagen – leading to sagging skin, especially around the jaws and the neck.

Many believe that HRT helps with promoting better skin and firmer muscles, leading to a more youthful look overall. However, these effects can vary from individual to individual and many dermatologists believe that the same effects can be achieved through lifestyle changes, such as better diet and exercise regime, without the need for any specific hormone replacement therapy.

Human Growth Hormone (hGH) is also being extensively promoted as an anti ageing treatment. In fact, a Californian physician Edmund Chein, has founded the Palm Springs Life Extension Institute “to stop or possibly even reverse the deterioration of organs and cells” through the use of a patented therapy combining hGH with other hormonal injections, which is claimed to have remarkable re-building effects on skin, muscle and bone mass. Several other “anti ageing clinics” offering hormone treatments have now sprung up in several countries, while over-the-counter hGH-enhancing dietary supplements have flooded the market.

The Risks of HRT

Despite the claims of these clinics and the testimonials of many satisfied recipients of HRT, many health institutions and medical experts still worry about the increasing use of hormones as an “anti ageing tonic” and the potential side-effects and risks that have been poorly studied. Testosterone treatment, for example, could result in a higher risk of prostate cancer and cardiovascular disease.

And HRT – aside from the unpleasant but less dangerous side-effects of breast tenderness, nausea, headaches, leg cramps, irregular bleeding, weight gain and bloating – is now believed to increase the risks of breast cancer, dementia and stroke and other cardiovascular diseases, following two large trials in the UK and the US. In fact, both trials were halted before completion and all women were recommended to abandon taking oestrogen and progesterone due to the high risks involved.

The urge for find an anti ageing cure is strong and despite the scientific findings so far, there are many who refuse to give up on hormone replacement therapy. In fact, there has been a backlash to the previous findings, claiming that the trials exaggerated the risks of HRT over its benefits.

Consequently, a new wave of studies and clinical trials is now under way to prove that a carefully planned hormone regimen can prevent and/or treat ageing disorders in a specific set of women. So whether hormone replacement therapy will become part of the anti ageing medical arsenal remains to be seen.