Home > Science > Is There an Anti Ageing Gene?

Is There an Anti Ageing Gene? 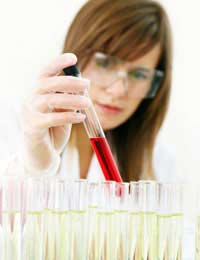 With the advances in genetic technology and its benefits in various branches of medicine, it is no surprise that researchers have turned their attention to the search for an anti ageing gene.

If creams and supplements and the right nutrition can have an affect on slowing the process of ageing, then it seems obvious that changes at genetic level can have an even greater effect on the speed of ageing and on slowing, stopping or even reversing its effects.

Given that genes code for all the molecules which control the biological processes in a healthy, functioning body and in particular, in the processes involved in cell renewal, it seems obvious that anything which influences the behaviour or functional ability of genes will have a direct influence on the process of ageing.

In fact, recent studies at the University of Rochester in the United States show that toxins contained in cigarette smoke can disable a gene which plays a vital role in protecting your body against premature ageing. The gene, known as SIRT1, is a member of a group of genes which regulate cancer, chronic inflammation and ageing, while also helping to ease the negative effects of cell death and stress, processes involved in premature ageing.

Therefore, by wiping out this gene, cigarette smoke directly contributes to ageing. This is just one example of direct genetic influences on the process of ageing. In another example, researchers at the University of Oxford and Open University have been studying a premature human ageing disease called Werner Syndrome where a defective gene (WRN) leads to a patients ageing very quickly and prematurely.

But is There an Anti Ageing Gene?

Recent research suggests that the answer may be yes – and not just one but several. Like many other life processes, ageing may not be controlled and influenced by one gene but by several different genes and the interplay between them. However, considerable work has gone into identifying some of these genes.

For example, scientists in America have discovered a gene in mice which plays a pivotal role in processes related to ageing, can help fight ageing and even keep them alive for 30% longer than normal. Mice which possess a defective form of the Klotho gene (named after the mythical Greek goddess who spins the Thread of Life), appear to age prematurely while conversely, if researchers boos the activity of this gene, they can artificially lengthen the lives of natural male mice by 6 additional months. Interestingly, this effect is not so pronounced in female mice.

Since humans have a similar version of the Klotho gene, it is believed that these findings can be applied to humans too and many have become excited at the prospect of developing a new genetically-based anti ageing therapy. Certainly in mice, Klotho appears to delay many of the effects of old age, such as the clogging of the arteries, the weakening of the bones and the loss of muscle fitness.

However, like many things, there are is also a downside to this “miracle anti ageing gene”. It was noticed that the long-lived mice in the experiments tended to be less fertile and in humans, it is believed that the gene may predispose people to diabetes. With continued research, it is hoped that scientists will be able to discover ways to harness the life-enhancing results of this anti-ageing gene, while avoiding its drawbacks.