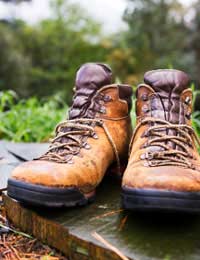 Jenny had always been a keen walker, whether it was her daily walks around her neighbourhood or her long country hikes on the weekends. At 55, she prided herself on being fit and agile for her age so she was a bit alarmed when she started to notice some morning stiffness.

“It was just a small thing – not really pain – but enough to make me stop and think,” recalls Jenny. “My family has always had a history of really bad arthritis. My grandmother was practically crippled with it in her old age and both my mother and my aunt suffered from it quite badly. So I was really worried that I’d be heading that way too.”

Jenny knew that arthritis was due to the wear and tear of the cartilage which usually cushions the joints and also because of the loss of synovial fluid that normally lubricates these joints. It was a common side-effect of ageing but it affected some people a lot worse than others. And it looked like her family was particularly prone to this type of degenerative joint disease. Jenny had seen first-hand what the pain and inflammation can do to other members of her family and she was determined to prevent it happening to her if she could.

Jenny began reading everything she could find about osteoarthritis – from books to online sources to leaflets from pharmacies. She was delighted to discover that by adopting some healthy habits, she could help to slow down or even prevent the progression of arthritis.

“I’m really lucky in that I already do regular exercise,” says Jenny. “From my research, I learnt that just half an hour a day of moderate activity makes a huge difference in preventing aches and pains and stiffness.”

However, Jenny decided that she did need to lose some weight, as maintaining a healthy weight was one of the key factors in preventing arthritis. In fact, for every pound you lose, this correlates to a four pound reduction in the load on your knees, for every step you take.

“The other thing was that I was sitting terribly,” admits Jenny. “I spend a lot of time in front of the computer and I realised that my posture was just awful. I never sat squarely in my chair with my feet flat on the ground – I was always crossing my legs and putting all my weight on one side. This was seriously pulling my spine out of alignment and also affecting my circulation.”

Lastly, Jenny began to pay more attention whenever she had to bend and lift something. She started to make sure that she always bent her knees – not her back – and that she carried any heavy weights close to her body, so that it put less strain on her back.

Jenny discovered that her diet could also make a difference. Eating foods high in chondroitin and glucosamine can help to slow the degeneration of cartilage.

“In fact, some surgeons even believe that they can help to repair damaged cartilage,” Jenny explains. “And they definitely help in long-term pain relief, so that you don’t have to keep taking possibly harmful pain medication”

Jenny began paying more attention to her diet and including food that were high in Vitamin E; she also ate oily fish more often and started drinking more green tea, as this contains high levels of antioxidants and a substance called “catechins” which experiments had shown can prevent arthritis in mice.

In addition to these things, Jenny also contacted a physiotherapist to check and see if her spine and other limbs were correctly positioned.

“You know, a lot of people have a natural misalignment in their bodies and they just don’t’ realise it,” says Jenny. “So they end up being thrown off-balance all the time and some of their joints end up being very prone to stress and damage.”

Finally, Jenny also invested in some sensible, supportive walking shoes. She had been doing some of her walks in sandals with a low heel but decided that this was not helping her back or joints at all! So she decided to save heels for a special occasion and instead, wear her new, supportive footwear on all her walks.

“It’s really on a few simple changes to your lifestyle and your diet,” insists Jenny,” – but it can make such a difference to keeping your joints young and preventing the onset of arthritis.”