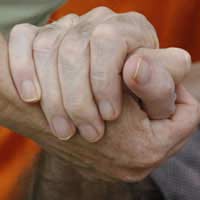 As they grow older, there is one illness that most people fear more than anything else and that is “going senile”, losing their mind – or what is known in the medical world as suffering from dementia. However, there is a distinct difference between the memory loss and slowing of brain function associated with natural ageing – and the symptoms of the disease of senile dementia. Knowing the difference can help prevent unnecessary anxiety as well as help you seek preventative measures and treatment if you are really affected.

What is ‘senile dementia’?

There is a lot of confusion about the term ‘senile dementia’ – in fact, up until the second half of the 20th century, it was still believed to be a normal and inevitable result of growing old. It is now understood, however, that dementia is a disease like any other with specific causes – and is not necessarily a definite associate of the natural ageing process.

Dementia is basically a disease caused by the degeneration of brain cells which leads to mental deterioration, loss of memory and eventually, even personality changes. Naturally, even a healthy brain may decline slightly with age, especially in speed and mass, but its ability to form vital connections – to function, lay down new pathways and retrieve memories should not be completely lost or impaired. However certain things can cause damage, injury or inflammation to the brain cells, leading to their deterioration and therefore “causing” dementia.

Are there different types of dementia?

The term ‘senile dementia’ actually covers a whole group of different diseases. The most common one is probably Alzheimer’s disease which results from a general atrophy of the brain cells and does have a higher tendency to affect older people. In fact, it is estimated that 20% of all those over the age of 80 will suffer from Alzheimer’s Disease. However, since this disease progresses extremely slowly and people deteriorate so gradually, it is often not diagnosed in the early stages.

The second most common disease is vascular dementia, caused by a series of minor strokes due to a narrowing and hardening of the arteries. This in turn causes damage to the blood vessels supplying the brain, which then deprives the brain of a sufficient blood supply for proper cell function. The risk factors for this condition include smoking, heart disease and high blood pressure.

There are a few other less common forms of dementia caused by other factors, such as trauma to the brain, poor nutrtition, thyroid dysfunction, drug poisoning and alcoholism. Any illness or infection which affects the central nervous system can also lead to brain damage.

What happens with normal brain ageing?

Remember that it is perfectly normal to experience some mental decline as you age. After all, aside from the wrinkles, declining vision and fading muscle mass, your brain is also shrinking and working memory slowing down. It is quite common to experience slight or gradual memory loss after the age of 40. Other declining brain function you will notice include:

While these are part of ageing, it does not mean that they are inevitable. In fact, many people preserve their mental abilities by boosting their brain power and memory through stimulating mind games, continually challenging themselves even as they get older and making healthy lifestyle choices.

Help!I keep forgetting things – have I got dementia?

As the early stages of dementia can be vague, it can sometimes be hard to distinguish between normal ageing and early dementia. However, don’t panic – there are distinct differences and signs to look for. For example, it is normal as part of ageing to occasionally have to stop and search for a word – on the other hand, it is probably a sign of dementia if you have frequent pauses in all your conversations to find words or keep having to use substitutions for words you can’t remember. Similarly, you may have to pause to remember directions as you get older but you wouldn’t get lost in a familiar place, whereas it is a common sign of dementia for the sufferer to get lost and confused, even in a familiar environment. In addition, dementia has effects in other areas too, not just mental function and memory. For example, even as you age, your interpersonal skills should stay at the same level as they were in your twenties or thirties. With dementia, however, it is common for people to become socially withdrawn and lose interest in social activities – or go to the other extreme and lose all inhibitions to behave socially very inappropriately.
Next Page

Quiz: Are You Using Your Brain or Losing It?