How Ageing Affects Your Moods 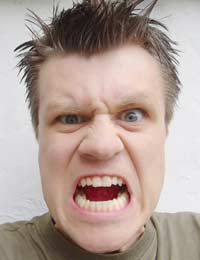 We all know about the classic image of a grumpy old man – in fact, a successful British TV series was founded on this premise! And we all expect menopausal women to be moody and difficult.

Hormones, stress and anger are often believed to contribute to bad moods as we age. But are these stereotypes justified? And if so, can we do anything about it?

It is commonly accepted that during the menopausal years, women are prone to depression and irritation or anger. This is usually attributed to the change in hormone levels, in particular the changes in ovarian steroid hormones, and believed to be a more extreme form of the symptoms of depression and tension often present during the pre-menstrual period.

Certainly, it does seem that estradiol hormones may affect mood in some women – however, it must be remembered that the menopausal period - occurring during the mid-life years – also usually coincide with many other life changes which present a lot of stressors for women.

For example, their children usually leave home, leaving them with the need to re-evaluate their roles in life, their expectations and goals, plus they may start experiencing ill health or have to deal with ill health in their own elderly parents or spouses. In addition, ageing means that there is likely to be a loss of youthful looks, energy and stamina – all of which can contribute to depression, anger and a generally negative state of mind.

Perhaps more important than hormone levels are levels of serotonin, a neurotransmitter in the brain which affects mood and appetite. Serotonin is responsible for promoting feelings of relaxation, personal security and confidence and where there is a deficiency in this compound, the individual is prone to anxiety, depression, insomnia and the urge to overeat.

Research shows that serotonin levels decrease with age and suggests a reason for the depressed moods and sleep difficulties associated with ageing. In fact, it is even believed that since the FDA restricted the use of tryptophan (a precursor of serotonin) in dietary supplements, there has been a surge in the number of overweight and obese Americans!

Serotonin in the brain is produced from tryptophan and this is usually available through the diet, although the typical diet often fails to provide enough for serotonin production. This is not only because level of tryptophan in the diet are insufficient but also because enzymes in the body that are associated with ageing and inflammation may break down the tryptophan before it can be converted into serotonin.

Therefore, for those suffering severely from depression and anxiety, as well as experiencing sleep disturbances and over-eating problems, it may be worth discussing tryptophan/serotonin supplementation with their doctors.

As we age, we tend to become more inactive and to abandon a regular exercise regime. This, however, can contribute significantly to tension, stress, depression, anger and overall poorer moods.

Several studies show that exercise has a profound effect on the brain and plays a large role in determining moods – in particular, research shows that individuals over 60, those that did not exercise experienced a significant drop in mental health and brain function compared to those who maintained an active lifestyle.

Exercise not only increases blood flow to the brain but also helps to release endorphins, neurotransmitters in the brain which help to elevate mood and decrease pain. Exercise also combats the ageing process itself and promotes the activity of antioxidants, leading to individuals looking better and feeling better – all of which contributes again to an overall improvement in mood.

Staying in a good mood

While it is natural to feel depressed, anxious, angry or frustrated as you cope with the changes of ageing, it is also important to try and control these feelings as much as you can, through lifestyle and dietary habits. Ways to help include:

Quiz: Are You Using Your Brain or Losing It?