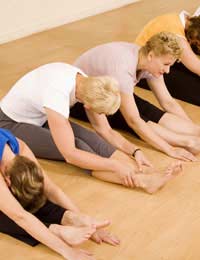 Women may often be known as “the weaker sex” but when it comes to health and life-expectancy, women have the upper hand. In almost every country in the world, women live longer than men and have been doing so for centuries. In fact, amongst people over 100 years old, 85% of them are women. Men are 5 times more likely to suffer from heart disease and are also more likely to have high blood pressure. Their injury rates are higher and they are even more likely to commit suicide!

So why is it that women should be so much better than men at making it into old age? There are a lot of reasons – some biological - but what is surprising is that a lot of it is to do with the lifestyle that comes with “being male”!

However, for all those men reading this – take heart: studies show that a much larger proportion of men’s life expectancy is determined by environmental factors (e.g. lifestyle, diet) than by genetics. In other words, you’re more at risk because of what you do than because of what you are. Therefore it is possible to make a significant difference to your life expectancy simply by changing your habits and lifestyle.