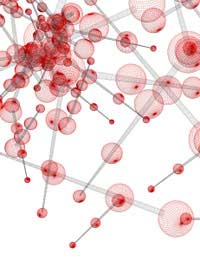 While we may not know exactly what mechanisms accelerate ageing, there are many theories on the different causes of ageing. The most popular and accepted of these are “free radicals” which are believed to attack our bodies at the cellular level and affect cell renewal and rejuvenation, therefore ultimately resulting in the “ageing” of our bodies. Therefore, understanding how to avoid and fight free radicals is one of the best forms of "anti-ageing treatment".

What are Free Radicals?

Free radicals are created when an atom loses one of its pair of circulating electrons and becomes very reactive, causing damage and destruction to other things it encounters.

A certain amount of free radicals are released during metabolic processes in our cells – the by-products released when cells convert food into energy; the “exhaust fumes of the cell’s engines”. Since they are created in the course of normal cellular activity, it is not possible to avoid these. However, the body is also exposed to free radicals from external sources, such as environmental pollution, radiation, cigarette smoke, heavy metals, drugs, alcohol, chemicals and stress.

The Free-Radical Theory of Ageing

The free radical theory of ageing was developed by Dr. D. Harman, M.D., Ph.D who believed that free radicals cause continuous damage to cells by attacking them through “oxidative stress”. For example, oxidative stress affects the unsaturated lipids that make up cell membranes and causes the membranes to harden. This in turn blocks nutrients from entering the cell and effectively “starves” the cell.

Another way free radicals cause damage is by attacking the DNA, which is responsible for cell renewal and function, leading to dangerous mutations. Thus, free radical damage has been linked to a range of disorders including cancer, arthritis, atherosclerosis, Alzheimer's disease, and diabetes.

In addition, free radicals also activate inflammatory proteins, such as C-reactive protein (CRP) – this leads to chronic inflammation, which is also believed to play a significant role in ageing. For example, a major study in the New England Journal of Medicine (Ridker PM et al., 2000) showed that people with elevated levels of CRP were four and a half times more likely to have a heart attack.

The free radical theory has been supported by much experimental evidence and it is now widely believed that the free radical damage to proteins, lipids and genetic material (DNA) at the cellular level in turn affects tissue and organ function and results in increased susceptibility to disease, as well as contributing directly to ageing.

Heart disease, for example, which was long through to be caused by a diet high in cholesterol and “bad fats” is now believed to be caused by free radicals which attack the cells of the arteries and modify the low density lipoproteins LDL (bad cholesterol) so that calcification occurs and vessel-blocking plaques are formed.

Of course, an unhealthy lifestyle still contributes as this in itself encourages the production of free radicals in the body. In addition, prolonged exposure to environmental sources of free radicals puts additional oxidative stress on our already labouring cells.

As mentioned, a certain amount of free radicals is produced within the cell through normal cellular activity and therefore cannot be controlled. However, you can take steps to reduce your exposure to free radicals from external sources by eating a healthy diet rich in fresh fruit and vegetables, whole grains and “good fats”. These items are rich in anti-oxidants which help to fight free radical damage.

In addition, avoiding foods and drinks containing chemicals and toxins will also reduce your body’s exposure to free radicals. Avoid or limit activities such as smoking, taking drugs and alcohol as these introduce huge quantities of toxins and free radicals into your body.

Finally, be careful of situations which force free radical damage directly onto your body, such as sun bathing – always use sunscreen and stay out of the sun during the “dangerous period” around noon when the radiation is at its strongest.