Dressing for the Older Man 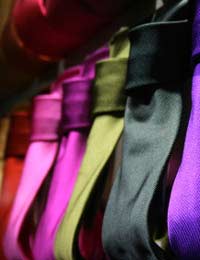 While women are often bombarded with advice on how to age gracefully and dress their age, men often suffer from a lack of guidance. Thus, many men fall into two traps: either playing it too safe and therefore ending up looking stuffy and boring and much older than their years – or determinedly clinging to the clothes and hairstyles of their teens and early twenties, succeeding only in looking desperate and ridiculous. So is it possible for an older man to dress well without looking like he is trying too hard, look elegant and distinguished and yet still portray some of his personality?

A common phenomenon among men is selecting a look they like from a point in their life where they were feeling pleased with themselves and then trying to re-create and retain that look forever, never mind if that point in their lives was the early 20’s and they are now approaching their late 50’s! They essentially become stuck in an era and sadly, there are many examples to be seen of this every time you go out – even amongst celebrities. There are the men aiming to be clones of their teenage sons with their hoodies, garish T-shirts and rainbow Converse sneakers; still others clinging to their ‘surf bum’ days, dripping with loud graphics and flouro-colours or desperately trying to maintain “cool” via hip hop credentials. Unfortunately, while the underwear-visible-over-the-waistband, baggy-pants-about-to-drop-off look may just be acceptable in your teens, there is no way this will look attractive in middle-age, no matter how much aplomb you have! Similarly, long hair and/or ponytails really struggle as a style statement when your hairline has receded behind your ears or you only have 3 strands to cover the top of your head. Don’t even go there.

At the other extreme of the spectrum are men who feel that dressing extremely conservatively is the best way to look respectable as they get older but their desire to play it safe results in completely stuffy, bland dressing that conforms to all the stereotypes of “granddaddy fashion”

Sophistication and Style for the Older Man

Fashion and style does not have to only be for the young. There are many male icons who show that the approach of middle-age does not have to mean the end of stylish dressing and expression of personality – from Andy Garcia to Bruce Willis, to Kevin Costner, not to mention George Clooney, the man who has almost single-handedly made grey hair fashionable, and of course, Sean Connery, the epitome of the stylish, sophisticated older man who still rates high on many women’s “most sexiest” list despite being well into his 70’s.

So – for those who have no wish to pretend that they are still 25 but who don’t want to come across as a doddery old grandfather either, here are a few tips to keep in mind:

With a little bit of thought and planning, it is possible to dress in an age-appropriate way which still manages to convey style and sophistication and still express your personality.

Ten Things Not to Wear After Fifty

Can You Still Wear Jeans After Middle Age?