Ageing and Sexual Issues in Men 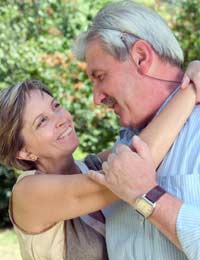 As men age, testosterone levels gradually decline and this leads them to experience a series of changes in their sexual function. In addition, other chronic health problems associated with ageing, such as cardiovascular disease and high blood pressure, and the medication required to treat these conditions, can also often interfere adversely with sexual function. Here are the common problems men will experience as they get older:

For most men, their testosterone levels reach their highest peak in their late teens and then gradually decline throughout their lives, until they reach their 60’s when the levels will stabilise. As part of this normal decline in testosterone levels, men may experience the following changes as they get older:However, generally reduced sexual desire is not so much due to decreasing testosterone levels as health problems or emotional reasons, such as stress.

Although testosterone therapy has been recommended by some institutions as an anti-ageing treatment that would cure the symptoms described above, it is controversial as its effectiveness is unproven and it has a host of side-effects, including potentially raising your risk of prostate cancer and cardiovascular disease.

In fact, a regime of increasing muscle mass through strength-training and exercise, as well as proper nutrition, is a safer and equally effective way to maintain a healthy testosterone level.

Unfortunately, diabetes can lead to impotence and the inability to have sex. In fact, men diagnosed with diabetes are 3 times more likely to have erectile dysfunction than men without the condition – and experience this problem about 15 years earlier too. However, many medications can help and remember also that many men with diabetes have normal sex lives with no problems.

Since both these conditions affect how easily blood flows through the body, especially causing narrowing of the arteries and preventing the blood from flowing freely, it is not surprising that these conditions can affect a man’s ability to achieve and sustain an erection.

Erections depend on the blood filling and engorging the penis so any interference with normal flow will result in poor erections. However, by adopting a few healthy lifestyle changes and taking appropriate medication, sexual performance can be significantly improved.

Arthritis and other Chronic Pain

It’s obvious that pain would interfere with a lot of normal function and especially with sexual pleasure. Pain from arthritis, back problems, shingles or other chronic conditions can all make sex uncomfortable for a man and affect his sexual performance.

In addition, since pain also affects your sleeping habits and your general mood, it can also interfere with sexual desire. But don’t lose heart – often, experimenting with different sexual techniques and positions can make a big difference and consulting your doctor for more effective ways to manage your pain can also help greatly.

Although medications generally help you live with a medical condition, they can also wreak havoc on your sex life. Medicines for blood pressure, diabetes and also anti-depressants can make it harder for men to achieve and sustain an erection, as well as lowering sexual desire. However, with the host of medications available on the market now, it may be possible to find an alternative which does not give such bad side effects so consult your doctor.

Bladder control gets weaker as people age and incontinence occurs when there is a complete loss of control, leading to urine leakage, often during laughter, exercise or a bout of coughing. It can also be triggered by pressure on the bladder, such as during sex.

Thus men with incontinence issues are often afraid to have sex. However, again, incontinence can be controlled through medication or even behavioural therapy and the chance of urine leakage during sex significantly reduce.

This is a surgical procedure to remove part or all of a man’s prostate – usually done to treat prostate cancer or prostate enlargement. Unfortunately, a consequence of this surgery can be impotence or incontinence. The best thing is to discuss your concerns with your doctor and surgeon before undergoing the surgery.

While ageing undeniably causes many changes in a man’s sex life, these changes can be minimised and controlled through medication and lifestyle changes.